Amazing Kids! movie reviewer Perry Chen is featured in the December/January 2011 issue of the Amazing Kids! Magazine with his review of the hit new animated feature Tangled. 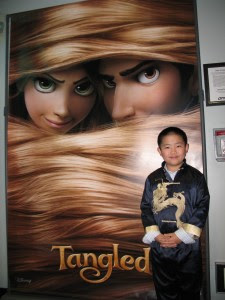 Perry calls Tangled "a spectacular film filled with rich and colorful characters, each with a different personality." The young movie critic chronicles the events of the film and describes key attributes of the most important characters in the film. Perry concludes by recommending the film for those ages 7+ and gives his starfish rating (out of five stars). Curious to know how many starfish Tangled received? See Perry's full length review and starfish rating here!
Posted by Alex at 8:09 PM